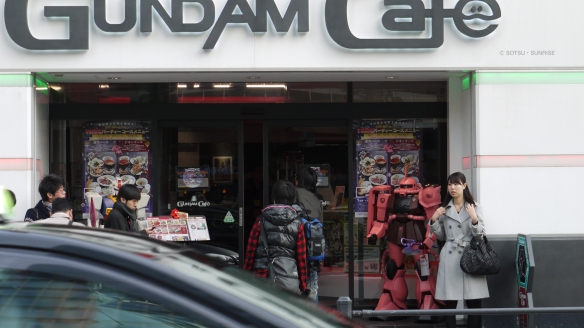 Being a UC fan, one of the places I wanted to visit in Tokyo was undoubtedly the Gundam Cafe! Gundam is really big in Japan and the cultural impact the One Year War (O.Y.W) had is tremendous. =)

RX-78-2 and Char’s Zaku 2 greets you at the restaurant’s entrance. 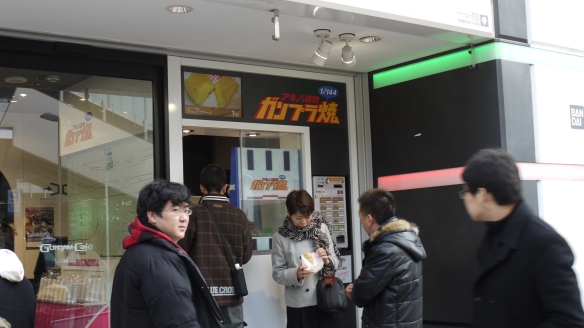 At the side is the souvenir shop and the Gunpla-yaki store! You get your tickets via a vending machine at the side, then give the ticket to the counter and wait for your gunpla-yaki! 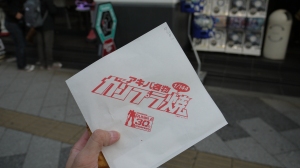 The front and back of the gunpla-yaki. In case you didn’t realise, it is RX-78 there. 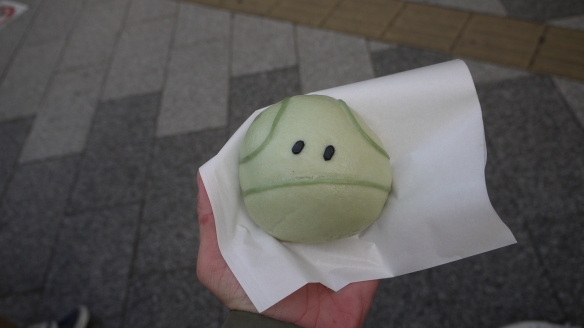 They are also selling Haro buns which is seriously cool. There is pork inside and I felt bad chewing Haro’s head off. =3 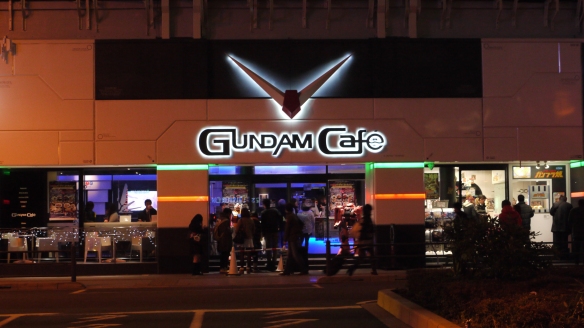 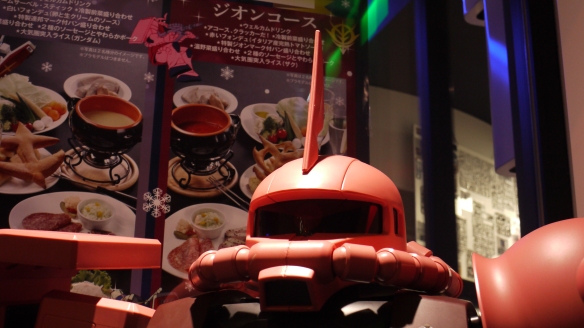 I then left to walk around Akiba before coming back in the evening for my dinner! A close-up shot of the Zaku. Char is crazy popular in Japan and even non-fans know him. As an analogy, just see how popular Darth Vader is. Well that’s pretty much the status Char Aznable has in Japan. =D

The menu. For a gimmick/speciality cafe, the prices were pretty decent and not that exorbitant.

Me being a Char nut obviously picked the Akai Suisei as my dinner. 赤い彗星 = Red Comet.

The cafe is pretty small and other than tables, they have a screen playing Gundam-related videos. Now the first opening is being run! Kidou, Senshii, Gandamu, GANDAMU~ 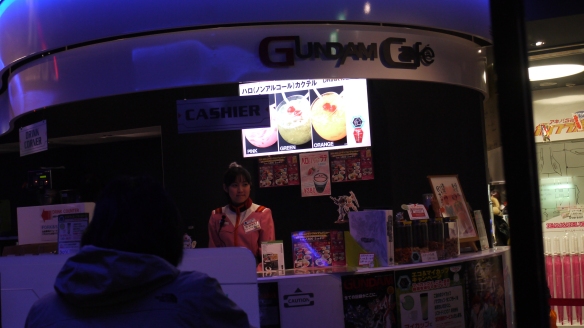 This is where you order your food and the cashier is even dressed in the EFSF uniform! So sweet~

Once you order your food, you then wait for your drinks at the bar counter. Haro haro haro~

They have another RX-78 at the top. His beam saber and eyes light up but he can’t move. At least not while I was staring at him..~

Ironically enough, Amuro and Char are depicted holding hands here. If my sucky Japanese is of any use, it probably goes along the line of encouraging Japan after the terrible quake.

After like a 2 mins wait, here comes our drinks. My cousin took iced Jaburo coffee, and I took Haro strawberry coffee. 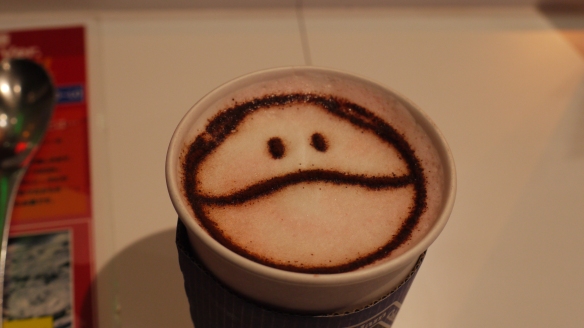 My Char Zaku is here! I got to say, the picture looks better than the real product..hmmm 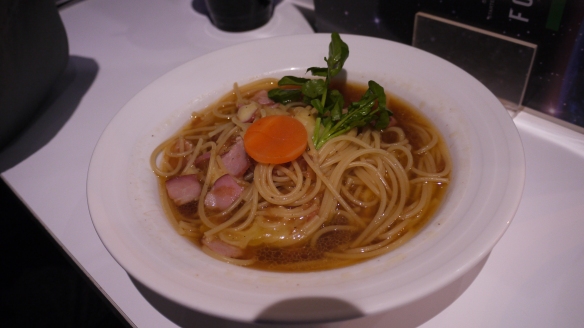 My cousin got the Haro special or something. Nothing too cool except for…

Saved my Zeon insignia for the last. =3

The Gundam cafe is a heck load of fun and it seems that other Japanese agrees as well. I saw families, businessmen and couples all thronging the cafe and with the affordable prices, I would totally go back again. However since it’s a predominantly O.Y.W theme with the focus on UC 0079, newer fans who have never heard of Amuro VS Char (gasp!) wouldn’t find it that interesting. It’s interesting to look through the menu and see food named after Gundam landmarks or mobile suits and if you ever go to Akiba, just visit this for fun! It’s just below the Akiba station, beside the AKB 48 cafe so it’s really obvious. =D

thanks for reading, till the next time!