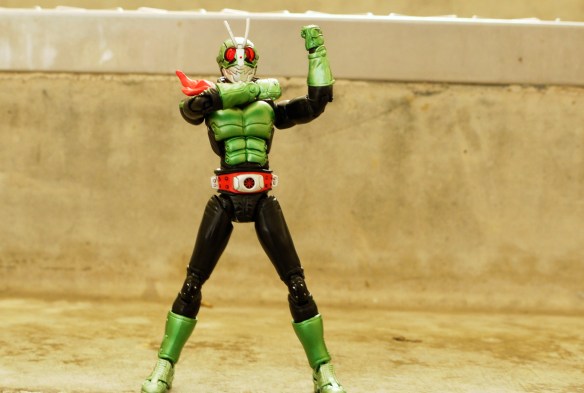 There are 2 versions of this Nigo, one being the Next and the other being the First ver. The First version had a brighter green compared to the Next version so let’s take a short look at Nigo! 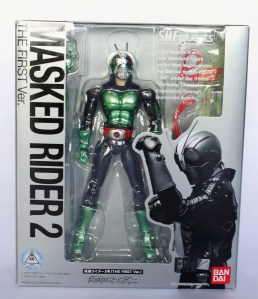 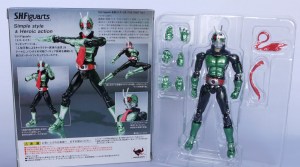 Nothing too spectacular about the box..since this SHF is old school, you have to remove his head to slot in his scarf. 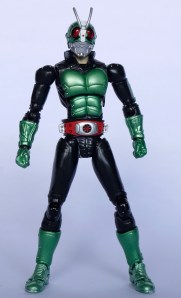 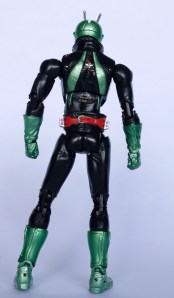 Similar to V3, Nigo is really ‘streamlined’. I like these new designs, however it just seems too slim to be plausible. Ah well, Nigo’s abdomen has this obvious gap especially when you move him about but other than that, he looks pretty nifty.

Since Nigo doesn’t have shoulder-pads like V3, his connecting joint is obvious and his arms get misaligned rather easily. Not an issue as you just push it back. =3 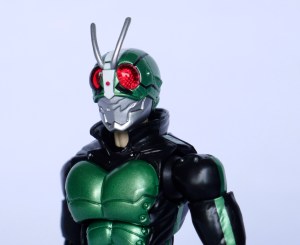 1 thing I really dig about the Next/First designs is that they seem to have really sparkly compound eyes. =) However I still can’t get over the sickly white Bandai used for their necks..I know they are cyborgs but Shocker can’t manufacture realistic looking skin…maybe not? 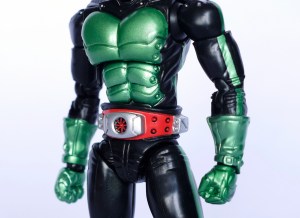 Nigo also has nice details on his belt and especially for the windmill in the middle, it’s neat and sweet. =)

Nigo only comes with a flowing scarf and a straight one together with his assortment of other hands. 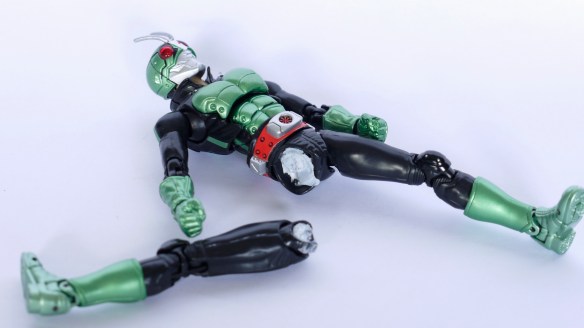 I might have played too enthusiastically with Nigo here..plucking him here and forth to sit in Cyclone etc..until one day it just broke on me..So I used sticky tack to prop his leg out. If you feel that your SHF is creaky or just plain tight, don’t force it…pop the joints off (if possible) and check out what’s wrong with it. If it breaks, you’re pretty much screwed as even superglue or plastic cement can’t support the joints sometimes. CookSux has a nifty guide so please check this out if you don’t want broken SHFs like me. =( 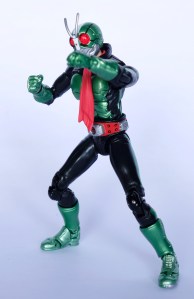 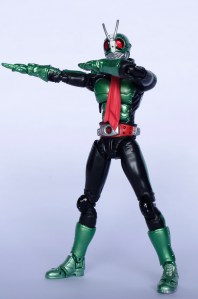 Despite his handicap, Nigo was kind enough to provide us with some action shots. =D 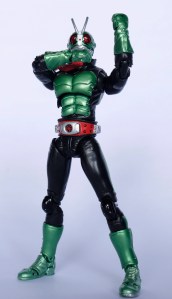 I got this Nigo way before the Shin Nigo was announced and was pretty pleased with the rendition. Despite the overly thick antennas and slim proportions, it had nice detail (emblems on his gloves and back) and can pose really well. However since Shin Nigo is now in my collection..I find myself liking this SHF lesser than before.Shin Nigo has lesser visible joints and overall just a better SHF in aesthetics and play-value compared to the Next Ver. in my opinion. However that is due to the advance of technology and not in any way the fault of this release. Both have really different looks so get whichever appeals to you! Just don’t snap off his leg… =3 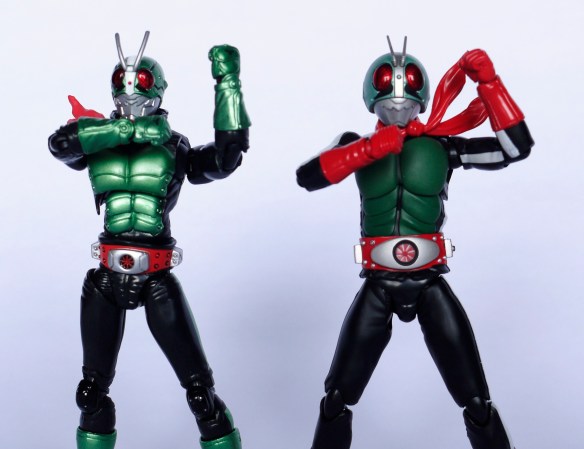