The final Nendoroid to complete the Milky Holmes quartet, here comes Cordelia Glauca! Being the descendant of yet another famous detective Cordelia Gray, Glauca has the toys ability of enhanced senses. =3 Let’s open her up! 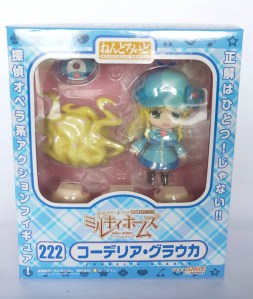 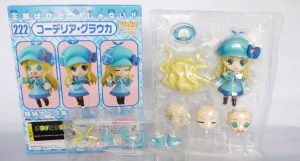 Cordelia is the only one with an additional tray for her arms..guess that hair piece took too much space? =3 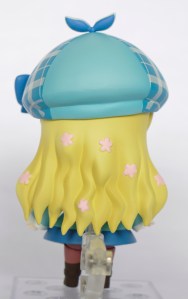 Cordelia right out of the box just oozes characteristic Nendoroid goodness..maybe it’s that blue, the hat or her golden hair…or all of them? And true to her character, she has flowers on her hair! XD 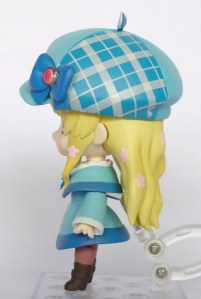 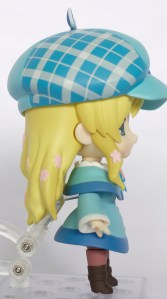 Similar to all the Milky Holmes girls, the top part of her costume is made of rubber and with constant moving of her head, I can see her fringe rubbing off on the rubber. =( The peg holding her is also really shallow and loose and it’s irritating as she falls way too easily..

Cordelia has a pretty pink jewel on her hat!

Even without her head, I still think she is adorable!

Other than this, Cordelia also comes with the raised hairpiece which I stupidly forgot to include in the shot.

If you’ve watched the anime, you’ll probably know why Cordelia comes with such a face…she will then go into a trance and start singing~ 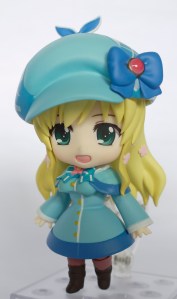 Hmm..there’s something different between the 2 Cordelias…

See anything different? She has a bigger chest suddenly! XD

It’s Cordelia Gray time! This was when Cordelia was possessed by her ancestor and adopted her look.  The hair piece is really heavy and the Nendo tends to slant if the balance isn’t right. But you can’t deny how spectacular it looks!

It looks kinda ridiculous on other Nendoroids though..XD 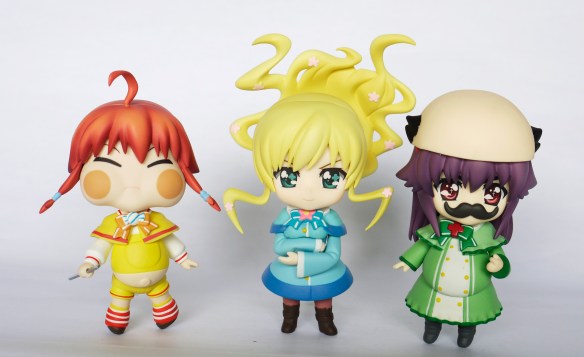 Pity that Sharo didn’t get possessed. =3

Cordelia activates her toys~ Super-senses!
Here’s where I want to whine abit, the rubber top piece really gets in the way when her arms are raised and it’s troublesome to squeeze it about just for the head to fit. Doh~ 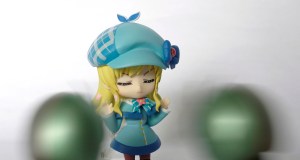 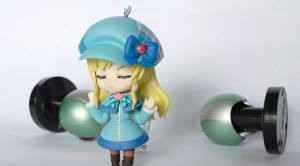 Cordelia is a fitting end to the Milky Holmes Nendoroid line and despite not being as easy to play compared to Nero, Cordelia has really interesting stuff going on for her. Good points are her aesthetics, accessories and overall lovability. Minuses is that shallow hole for the peg (she keeps falling out) and the irritating rubber piece which really blocks her hands. I got all the previous 3 Nendoroids so it was a no-brainer Cordelia would join as well so now that all is said and done..should you get Cordelia? YES! In fact get all 4 of them as their colours look so pretty and they look so good together! =3 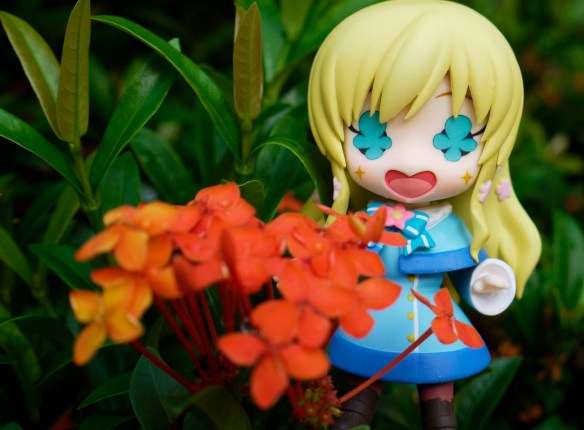