Since the last few movies with Belial..the Ultra Brothers are now sporting funky new capes which distinguishes them as Commanders…the original Ultra-Act Ultraman came with a cape..but this spanking new one is a seperate purchase and looks pretty nifty! Let’s take a look!

The box is really much bigger than expected and when you crack it open..there really isn’t much…=3

The sculpt looks pretty realistic and making it out of plastic seemed a better choice than rubber..considering the difference in weight.

All the Mantle comes with would be this stand and it’s pretty useful as the cape really weighs down the figure.

Like a bird, the Mantle can also spread it’s wings..and that’s the bit that bothers me the most. When you open your cape like this..there really shouldn’t be such a big gap in between…it’s supposed to be a cape..not a skirt.. 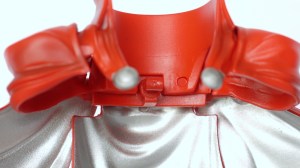 With the peg fitting snugly into any Ultra Brother neck..it’s going to be really tight and solid. 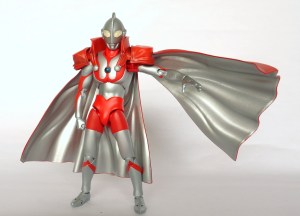 However once you start messing around..damn the gaps in between the cloth is an eye-sore.. 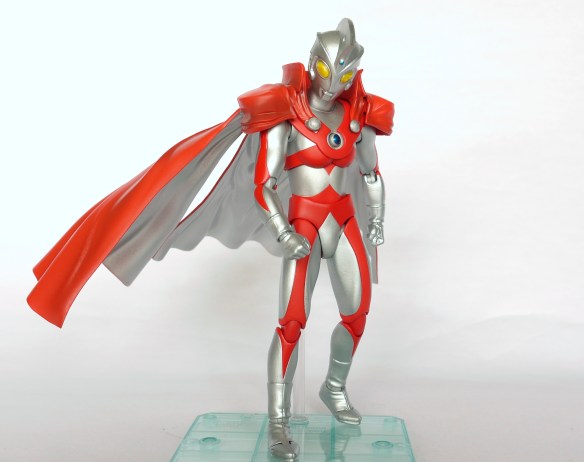 With the stand supporting the figure, more dynamic poses are enabled..And I have to admit despite my misgivings..the Mantle really adds so much more to the figure..

However if you try to replicate those slick moves in the movie where the Brothers fling their capes about like Magiranger..you are going to be disappointed..the Mantle is so unwieldy and un-cooperative.. 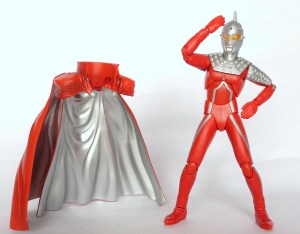 To compound issues..the Mantle isn’t even compatible with older Ultra-Act brothers..poor Seven can’t fit this on as he doesn’t have the neck peg..Ah well I suppose Bandai should be announcing an Ultra-7 renewal soon enough…

I really really wanted to be blown away by this Ultra-Act addition..the promo pictures promised so much and when the re-release came about..I grabbed it with both hands. However the negatives heavily out-weigh the positives and I really don’t have the heart to recommend this to anyone. Your Ultra looks really good with this Mantle just standing there..any further cool poses utilising the sides are gonna be crap as the gap is too obvious and space-wasting. The incompatibility with other Ultra-Acts is also sad and overall this is an obvious release aimed at the Ultra Brothers..nothing more. Get 1 if you like but for all 5 brothers..HAH!