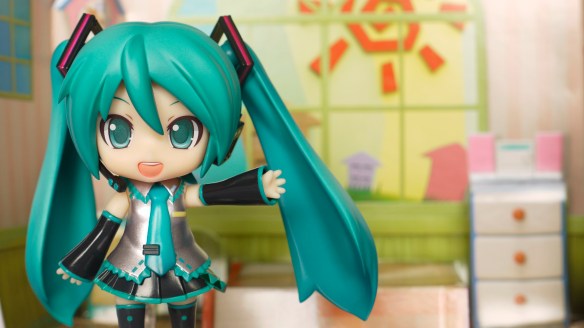 After much dilly-dallying, here is the review of Nendoroid No.300! It’s kinda crazy to think back and see that 299 of these little babies have been born but hey at least they are getting cuter =3 GSC decided to mark this momentous occassion by re-making YET another Miku and this one is based off the Project Mirai DS game which is uber cute!!! 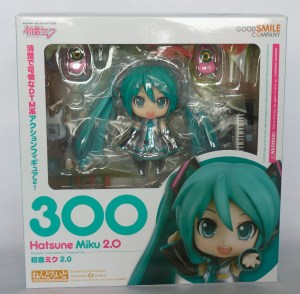 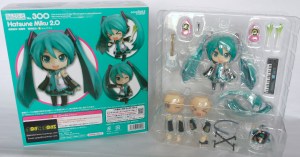 And since it’s 300, the packaging changed as well! I’m pretty ambivalent about this new direction..on one hand it looks pretty eye-catching but on the other..it looks really kiddy..aww

What is so cool about this release is the cardboard backdrop in the box can be used to re-create her room from the game! Check out the Project Mirai link above to see what I’m talking about =3

If you’ve seen and handled the previous Miku..this is an obvious and remarked improvement. Other than the sculpt, her shirt is now silver instead of grey and everything’s crisper. However what impressed me the most were those pigtails..I don’t really know what GSC did here..maybe position them differently but they don’t get in the way anymore and if anything, feels really co-operative.

Check out the constant evolution of our favourite teal-haired diva! 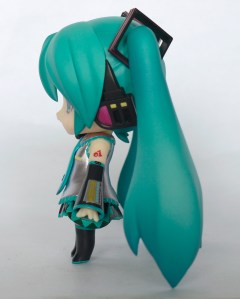 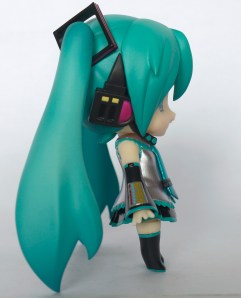 And because her hair is so big, she actually balances on em =3 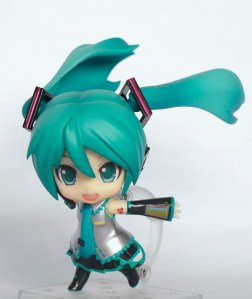 I really am digging those pig tails..it’s soooo fun to play with them now! 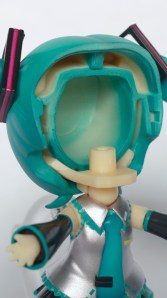 Another major change is the way face-plates connect. Instead of removing the entire head..you just pull off the face now..it’s pretty similar to the Figma or S.H.Figuarts stuff. Don’t worry though, old stuff are still compatible with this new system =3

And to make the package even better, GSC threw in a ton of accessories! This is one promising release here…

For the fold-out cardboard bed..it can even support Miku sitting!

And the sitting pose is pretty much a Pettanko Miku here..=3 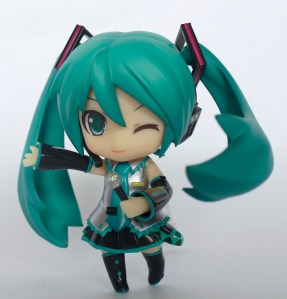 The bent pig tails are meant to accomodate that sitting pose but if you use it on a standing Miku, you get the whole dynamic vibe going on~ 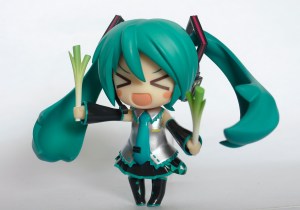 The 3rd expression is my favourite outta the bunch though. Previous Nendoroids spotted this before but what sold it for me was how accurately it reflected the Project Mirai feel! 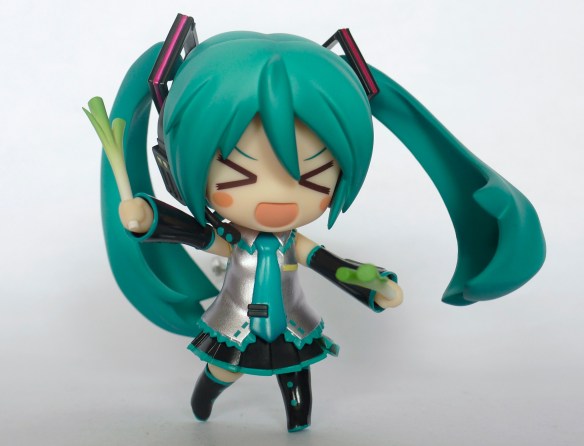 Love that you get 2 leeks as well!

You even get a keyboard and a guitar for even more options. You can probably toss this over to Rin and Len and have them form a band proper =3 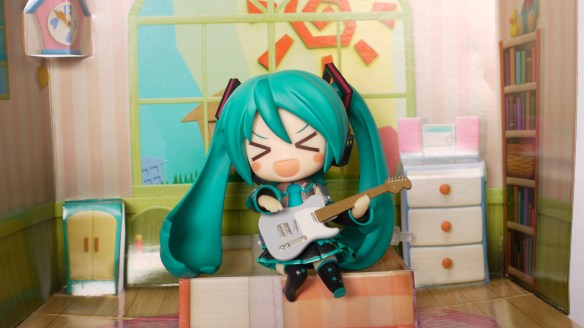 Not to mention the amount of fun you can have with the fold-out room.

This No.300 really lived up to the hype here. GSC really went the extra mile for this release with the amount of accessories, worksmanship and even the cardboard room. It just shows how much GSC can really do if they put their mind to it here..which isn’t that often =3 Anyhoos I’m really impressed with Miku 2.0, not only is she super fun and adorable, I had plenty of fun messing around with her. It’s hard to find a Nendoroid equal part fun and playable and I gotta say, Miku rocked this offa the stage. This is the perfect release for newbies getting into the scene, older collectors who want to see how much this line progressed or Miku-nuts..essentially EVERYONE! Get this folks! Like JUST GET IT NOW! 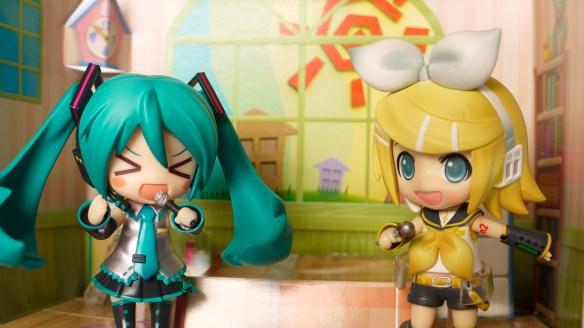