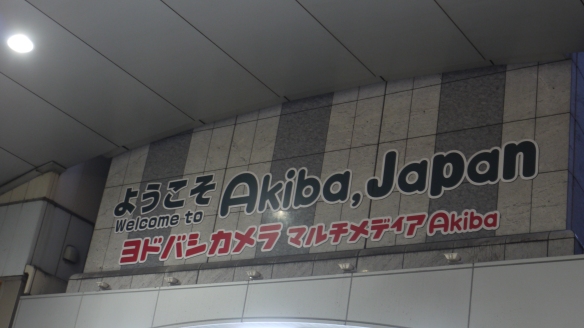 As with every japanese pop-culture geek, Akiba is obviously on my itinerary during my Tokyo trip~ These are just some of the photos I took during my Akiba trip there~ 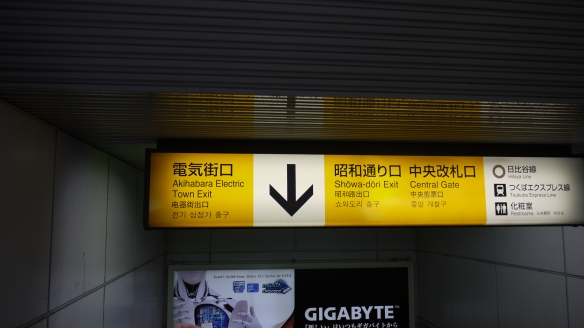 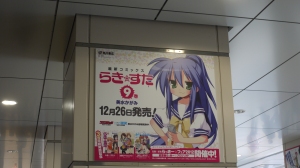 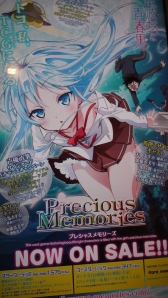 right out of the station you can see Konata and Erio adorning the pillars~ Ahh…heaven is here on earth.. 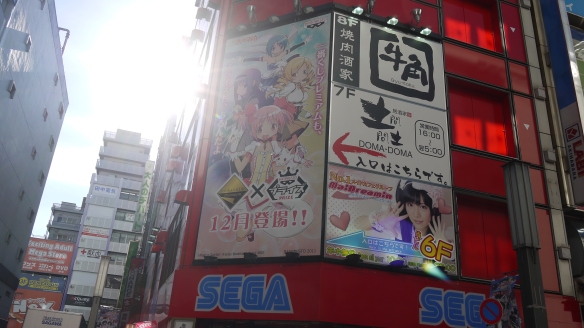 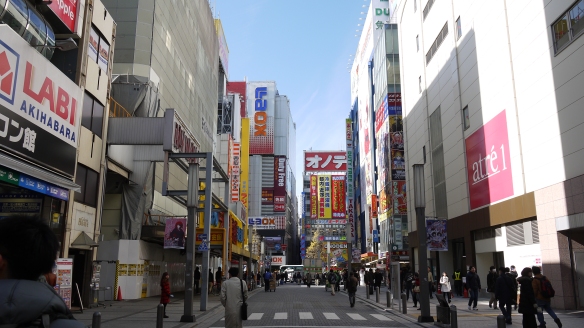 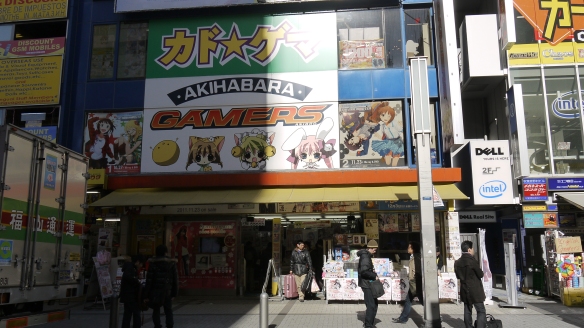 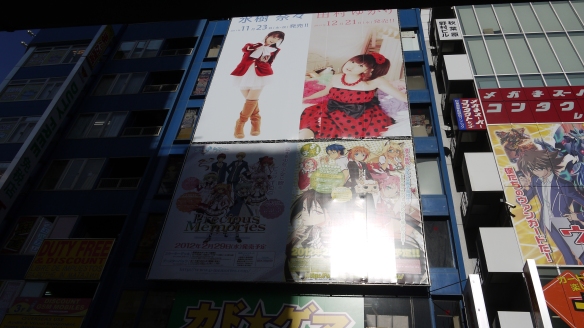 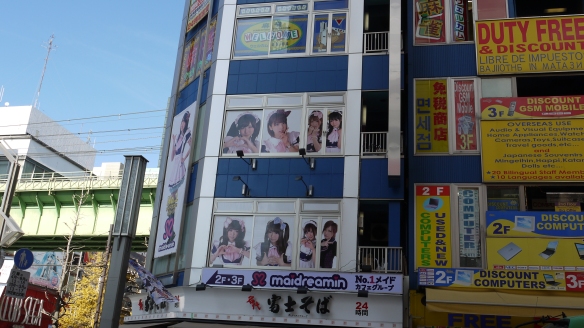 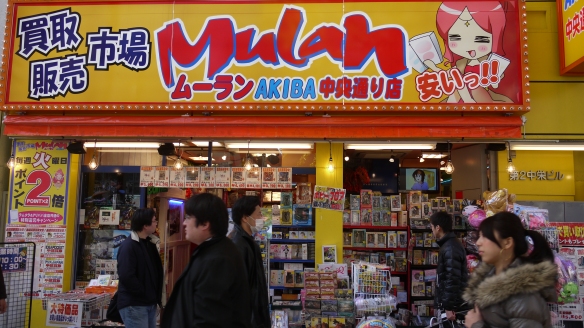 Check out all the merchandise~ 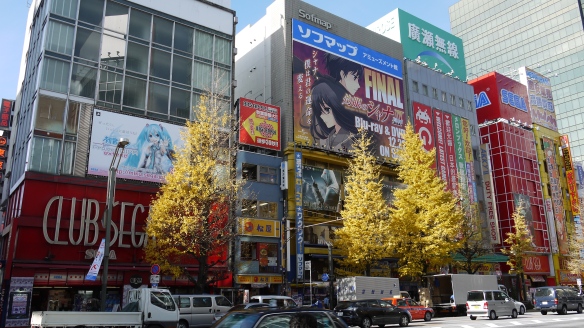 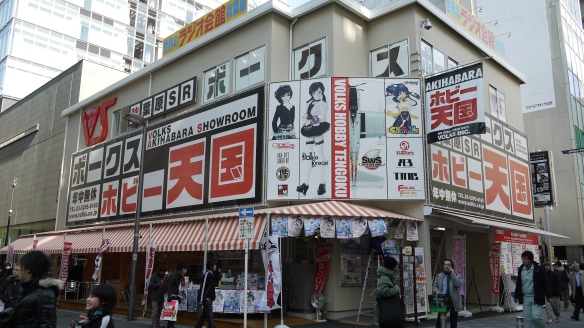 As you can see, there are giant billboards all over the place. Maid cafes are crazy everywhere too~ Anyways this is the Volks Akiba showroom. Volks is the company responsible for Dolfie Dreams and seriously, that is a pit that is too expensive for me to enter..(yet) 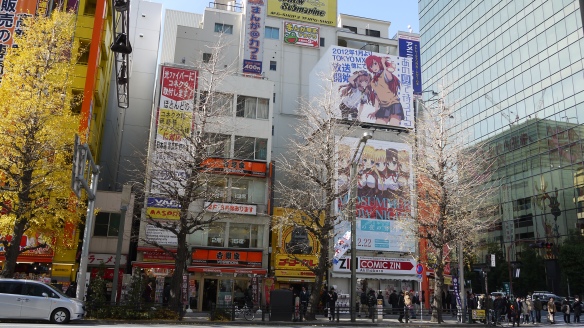 as you walk the streets of Akiba, there will be Maids (Meido) standing by the sidewalks giving out flyers asking you to go to their cafe. I didn’t take any pictures of them (for some reason) but they were really poor things. Considering it was winter then, they had to give out flyers in the short skirts while shouting konnichiwa, konbanwa and I saw more than 1 maid shivering in her skirt and stockings. =( Aww… 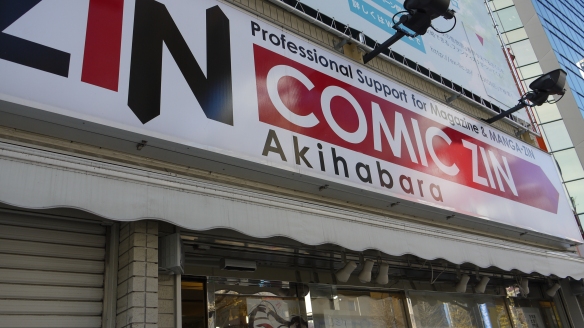 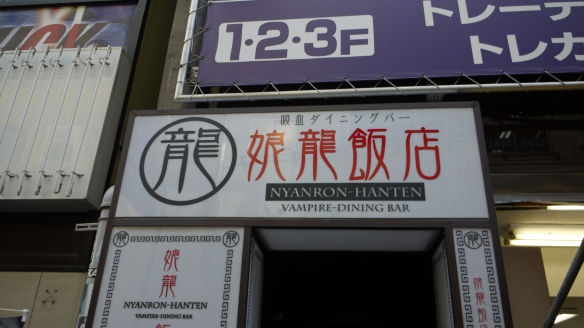 Interestingly enough, there is a vampire dining (dying?) bar. Didn’t enter as it wasn’t open yet..will probably go in the next time. =3 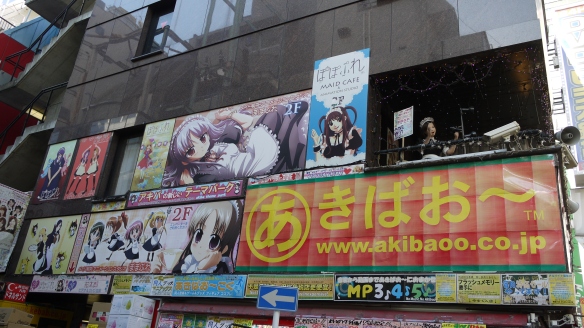 Look at the top right of this picture. No it’s not a real maid, but a mannequin. But it’s real as hell though…kinda creepy~ 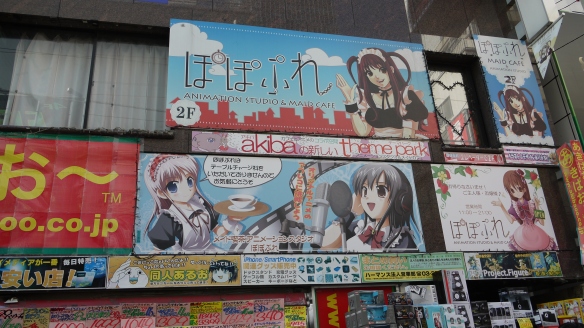 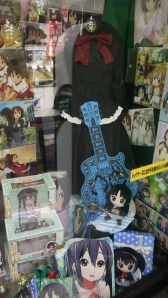 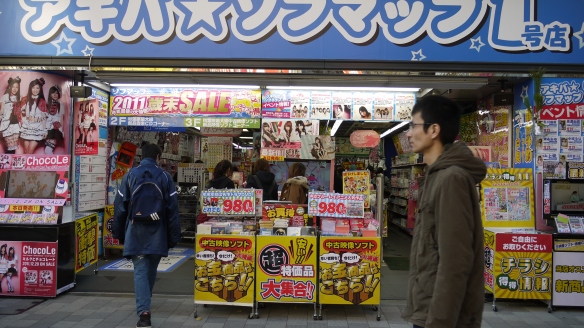 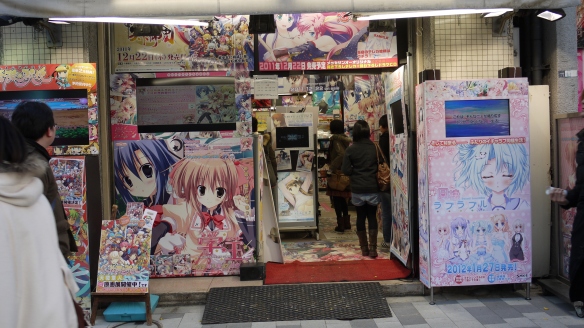 You see some of the shops like this, they actually have a few storeys up. Each floor will have a specialisation, say games, figures or manga. It’s true that the higher you climb, the lower the prices of stuff gets. Also you might get some rare stuff if you make the effort~ 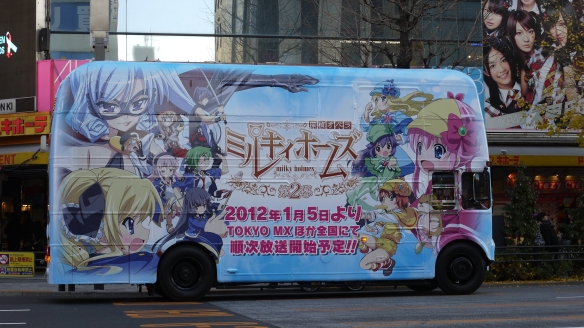 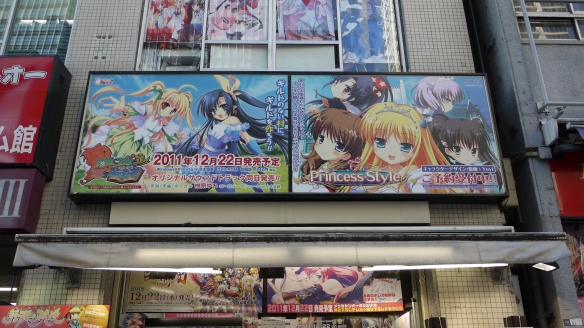 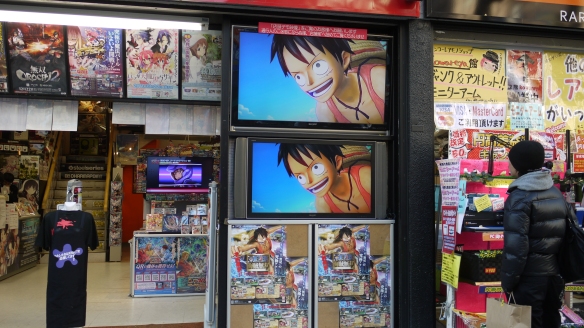 One Piece Musou, or whatever they are calling it (Kaizoku Musou?) I can’t wait for it to be released~ And you can see Tiera on the smaller screen. They were promoting the just released Gundam SD on the 3DS. 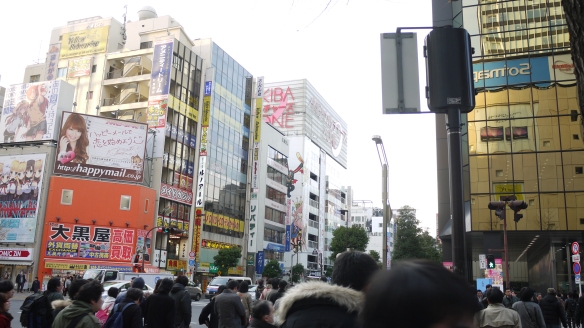 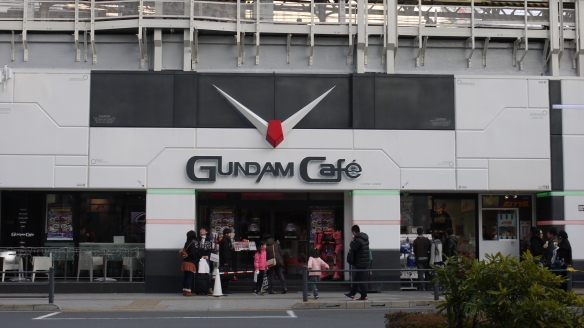 The Gundam Cafe (which I will review soon) 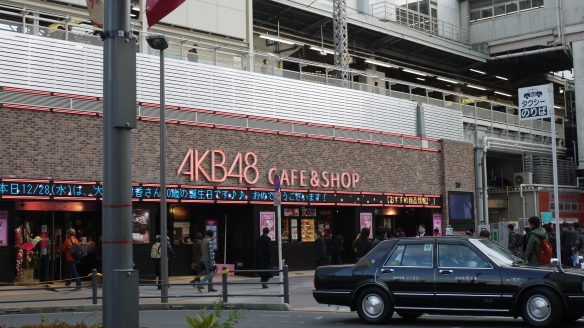 AKB48 (which I thankfully do not listen to..SCANDAL is still my cup of tea~) 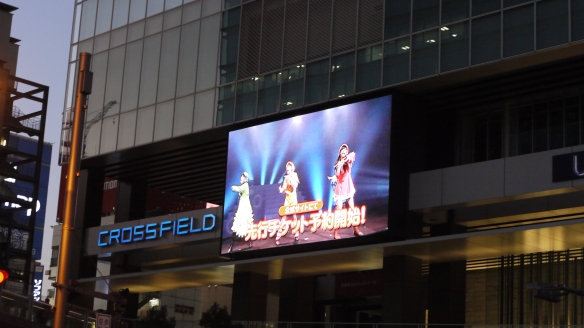 A giant screen which you can see from the train platform. It’s Milky Holmes on that by the way, they will have a live at Budokan this coming May. Congratulations girls! =D 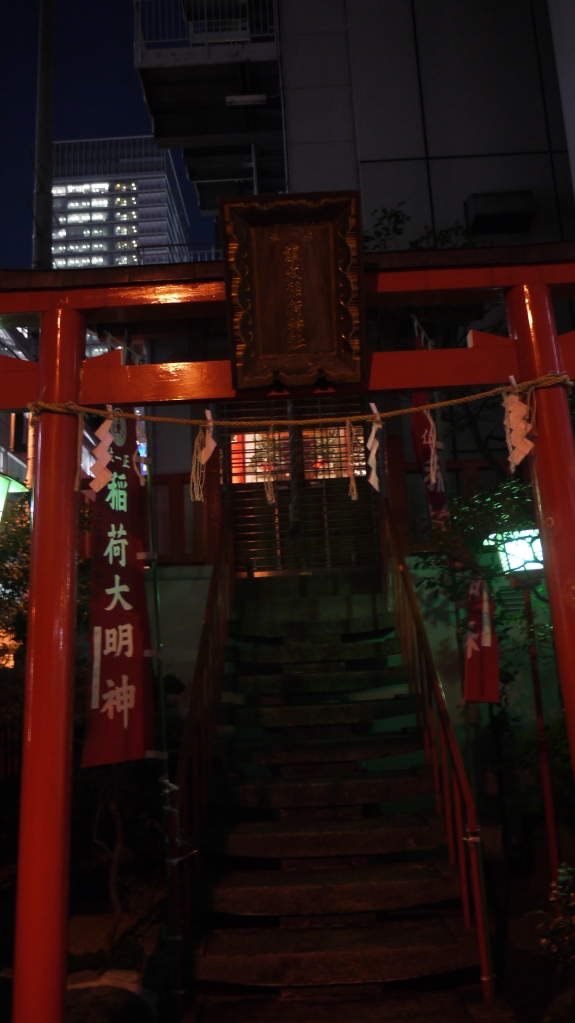 A random Torii leading to a shrine?

For anime fans, a trip to Akiba is probably a dream come true. For me it was fantastic in more ways then one. First off, the atmosphere was fantastic, in between the maids and all the merchandise and billboards, I felt really at home. And the notion that Akiba is only frequented by creepy Otakus is totally off. Sure there will be some, but I saw plenty of normal folks going about doing their business as well. However for all its perks, the prices weren’t that great at all….some popular items were marked up way above their retail price (One Piece being the main culprit…but still One Piece is insanely popular in Tokyo) and I can easily find cheaper prices in Ikebukuro or Nakano. Still Akihabara is a treasure trove and if you take the time to look, climb and explore, there will be so many things to see and do~ Even if you aren’t an anime fan, drop by and just check it out, it will be a real eye opener!

They even have an Akihabara station on the Yamanote line, so no excuse not going there!