I bought the Akibarangers out for a photoshoot together with my great buddy John Inu and we originally wanted to snap some shots of the Art-Science museum..but the heavens had a better idea and decided to pour. So we packed our stuff up and went into Marina Bay Sands for some indoor shots! The lighting was kinda bad due to the dark clouds but as things went on, it got pretty fun. =3 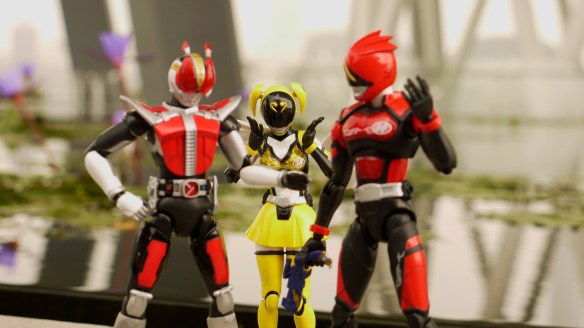 Yumeria (Akiba Yellow) starts having some strange ideas about Den-O and Nobuo-san. (Den-O belongs to John Inu, I just borrowed it for awhile =3) 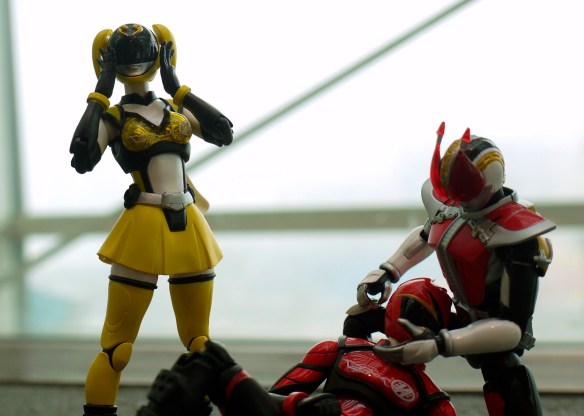 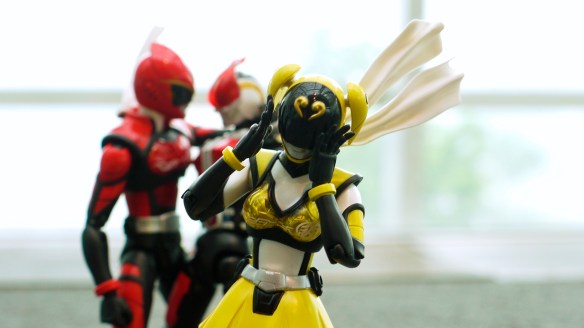 “KYAAAAA, they are gonna kiss!!”

*THWACK* Come on now wake up Yumeria! We need to strike our Henshin Poses! – Mitsuki

“”Awww…just when it was getting to the good part…” – Yumeria 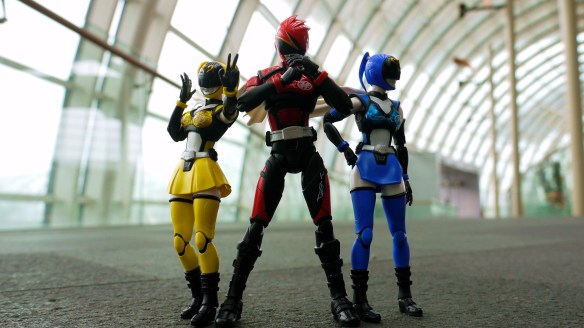 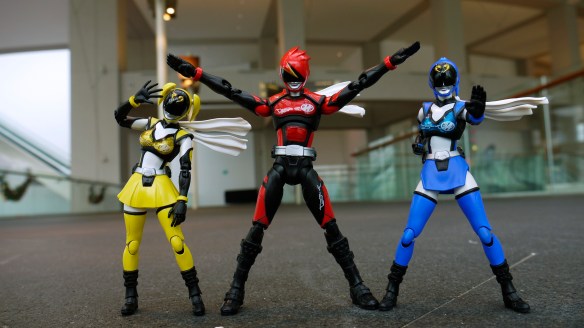 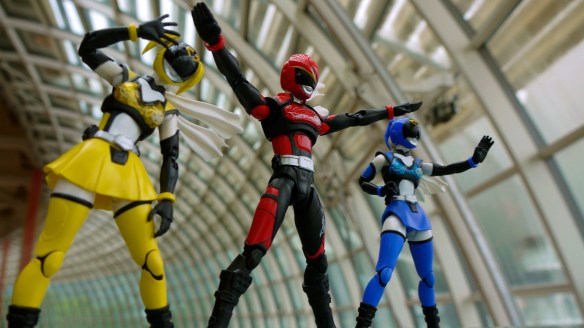 But since this is Akibarangers, the explosions and smoke effects are cancelled due to budget constraints. Ah well..

“How long do I have to stand like this ossan” – Mitsuki 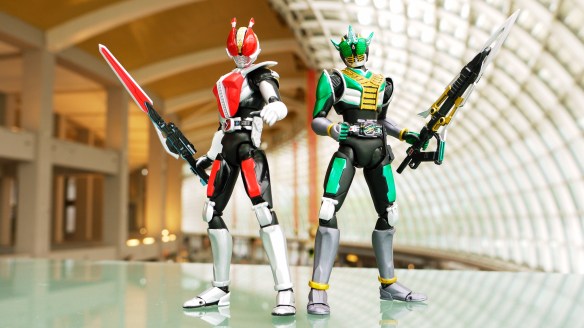 A rather over-exposed shot of John Inu’s figuarts… XD

It was a pretty short photo-shoot, say around 2 hours or so? Due to the weather and certain time constraints, that was all we could do. Still it was fun bringing the Akibarangers out for some poses and completing a Sentai team (official or not) always feels so good. =3

Oh yeah, I changed the layout of the blog slightly so gimme some comments about it please? Like whether you prefer the old one and stuff like that. Thanks for reading as always guys! =3